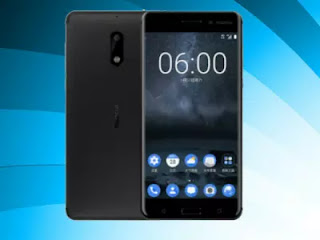 The Nokia 6 went on sale in India for the first time on August 23 exclusively via the online retailer Amazon India at Rs. 14,999.
HMD Global has announced that the Nokia 6 has gone out of stock in just less than a minute in the first flash sale. Notably, the same happened even in China during the first flash sale earlier this year. However, HMD has not revealed the exact number of units those were sold in India yesterday. One thing that we know is that the Nokia 6 was sold in three color variants – Black, Silver and Tempered Blue colors.
The huge demand for Nokia 6 was expected as the smartphone received over 1 million registrations in the country in just a few weeks of opening its pre-bookings on Amazon.
Those who had pre-registered for the device until August 21 were eligible for the sale that happened yesterday. Those who had registered and did not receive the phone have to register once again for the next sale on August 30.
The Nokia 6 is bundled with several attractive offers on Amazon. The Prime members will receive a discount of Rs. 1,000 on paying using Amazon Pay. Also, those who sign in to the Kindle app will get up to 80% off on Kindle eBooks. There is a special Rs. 2,500 discount on MakeMyTrip and additional 45GB of Vodafone 4G data free for five months.

To recap on the specifications, the Nokia 6 flaunts a 5.5-inch FHD 1080p display and employs Qualcomm Snapdragon 430 SoC coupled with 3GB RAM and 32GB storage, which can be expanded up to 128GB with the help of a microSD card. The smartphone was launched with Android Nougat out of the box and will be updated to Android Oreo in the coming months. The imaging aspects include a 16MP main camera and an 8MP selfie shooter with FHD video recording support.

7 Reasons Why to take coconut water

It’s low in calories, completely free of fats and cholesterol and packs in more potassium than four bananas. Any guesses what we’re talking about? Mother Nature’s sports drink Coconut water. Naturally refreshing, coconut water has a sweet and nutty taste. It has carbs that can be easily digested in the form of sugar and electrolytes […]

Modi govt looks at bringing back 4-year undergrad course, doing away with Master’s for PhD

by: house4blog |New Delhi| Highlights: Dual camera setup both are 12.9MP 4GB RAM 64GB internal storage Snapdragon 626 chipset with 3072 mAh battery “Past rumors said the handset’s display would be a 5.5-inch one with 1080p resolution. Motorola is holding an event on July 25, and we’re hoping that the G5S Plus will be introduced on […]